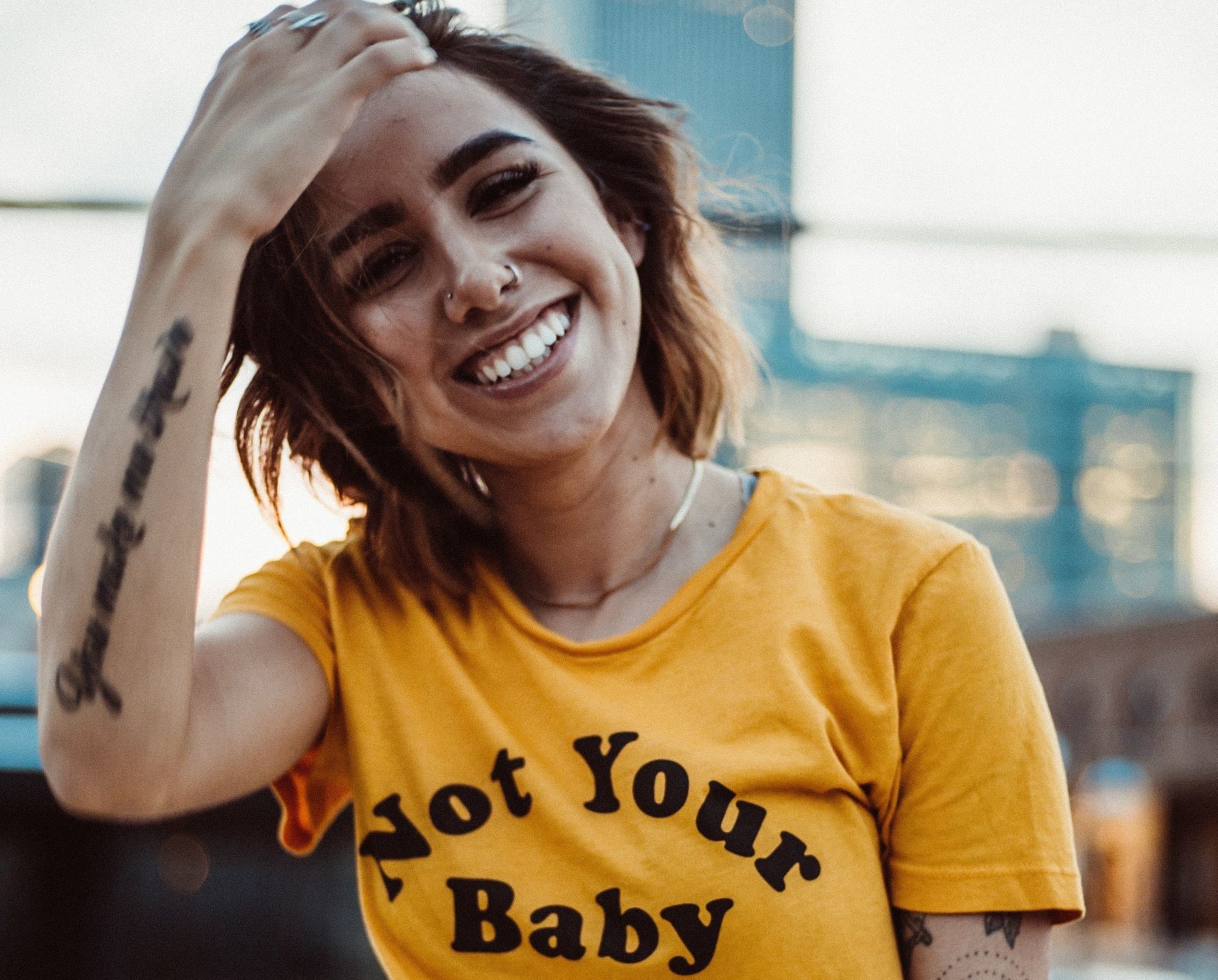 Why My Smile Doesn't Mean I'm Asking for It

I just had an incident where I had someone doing work at my home. He came to my house twice, made general chitchat, and made corny jokes. He called me “honey,” “baby,” “Mami,” and other terms of endearment. I grew up around men like this. Men who think they’re showing affection when they use those words.

Men and women call me “sweetie,” “honey,” or “darling" all the time. Many people I have interacted with over the years talk like that, including me.

His overall energy was that of a harmless dope until he took his banter too far. As I put my dog in my bedroom, he walked by and said something about us being in there together while making an inappropriate gesture moving his hips and arms back and forth. Gross. I still don't understand why he thought that was okay. He was doing work for me.

I was uncomfortable. I didn’t address it with him because I wanted to avoid the confrontation, and I wanted him to finish the work. I shook my head and walked away.

‍
My attempt to ignore his inappropriate behavior emboldened him further. Since he was working on my bathtub, he commented about us being in the tub together. I said, "No," trying to brush him off again. I thought, "He's almost done. He'll finish the work, and then I won't have to see him after that."

After he left, I thought, “No, I’m not putting up with something I don’t want in my own house.” I told the contractor he worked for not to bring him back, and he respected my wishes.

In other words, how did my gentle demeanor and behavior contribute to this situation?

‍
You know what? I shouldn’t be asking those questions. He was inappropriate with me. As a grown man, he should know how to be professional on a job.

Don’t we always do this as women? We always ask ourselves, how is this my fault? Or we don’t feel comfortable stating what our boundaries are. I would have been within my rights to tell him to do the work and stop the chitchat.

But that’s not who I am, how I operate. I’m a friendly and kind person with everyone I meet. Still, the minute I felt uncomfortable, I should have told him to stop. Like everything in life, it’s a balance. It’s a balance of being open-hearted and being comfortable with saying what your boundaries are.

Not the one
At the same time, people, not just men, shouldn’t see someone as kind as being a pushover. Or they shouldn’t take advantage. Why can’t it be as simple as I show you basic humanity, and you return the favor?

If I’m pleasant to you or I don’t have crappy, aggressive energy, it doesn’t mean you have a license to be an asshole.

That worker was a creepy dumbass, and he was going to be that way no matter what I said or did. We’re going to run into those now and then.

Still, I want to remain open-hearted and kind. It usually works for me. But when it doesn’t, I’m not blaming myself again, and I won't stand for it.

No. My smile doesn’t mean I’m asking for your bullshit or taking it when you think I should.

Until next time... look behind and beyond the veil...